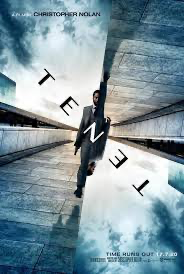 At a recent screening of Christopher Nolan’s mind-twistingly confusing spy epic Tenet, I found myself leaning forward to try and better understand some expositional dialogue that was, to say the least, somewhat muffled.  On exiting the film, and exchanging What the Fuck was all that about? shrugs with the two friends I had seen it with, we all agreed that a good proportion of the dialogue was massively difficult to make out.  As it transpires we weren’t the only ones. Audiences everywhere has been complaining that huge swathes of crucial dialogue were unintelligible. And given the aforementioned mind bending nature of the plot, this would appear to be a major flaw.

There have been a number of theories put forward as to why this wasn’t addressed during the sound mix. One being that, as the sound edit is one of the last steps of the filmmaking process, by the time the final edit is being done,  everyone knows all the lines so well through repeated viewing that the unintelligibility goes unnoticed. Everyone involved is overfamiliar with the dialogue – the script has been worked on for months, rehearsed, shot several times; each line heard hundreds of times. Everyone in post production is so familiar with the dialogue that they will be able to make out the words perfectly clearly even though they are obscured by sound effects or blaring music.    Another theory has it that Nolan does it on purpose, as he says: “Many of the filmmakers I’ve admired over the years have used sound in bold and adventurous ways. I don’t agree with the idea that you can only achieve clarity through dialogue.”

Walking home from the viewing my mind cast back to my days in film school and the several weeks we spent learning sound design.  In class one day I asked our tutor, a BAFTA-winning Sound

Designer, why the dialogue in another of Nolan’s films, the space romp Interstellar, was also frequently muffled and indistinct. “What did you watch it on?” he asked. When I informed him I’d watched it on an iPad mini he airily replied: “Well, Mr Christopher Nolan will have designed the sound for the film to be watched in a cinema.” Well that’s a load of bollocks, I thought, but replied “Oh okay, thanks.”

Sound design to me then was all completely new.  I’d been working exclusively in still photography prior to starting the course so dealt only in visuals.  I hadn’t really grasped the extent to which sound plays such a major part in film production. I’d never given it much thought because more often than not it’s a sub-conscious thing, the type of effect that you don’t even notice.  Be it the sound of swords being drawn when business cards are pulled out in American Psycho, to walnut-filled chicken carcasses being punched to achieve more authentic fight sounds in Fight Club; if the sound designer is doing their job well, not unlike the single frames of pornography that Tyler Durden splices into family movies, you don’t even notice. 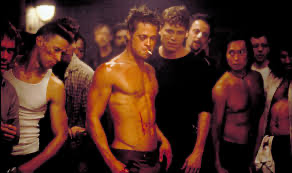 Subtlety, then, is key.  Or so you would think.  Overblown sound mixes would very much appear to be a modern phenomena. Maybe this is just a passing phase of the digital era. It’s relatively simple to tack on all manner of foley sounds in the most basic of video editing software these days, so you can understand the temptation to completely overdo a sound mix by putting in layer after layer of track to try and take advantage of the sound systems in modern cinemas. Most of which the average viewer will never pick up on.

Audio, then, is really the puppet master in films. You see with your ears more than you realise.  It’s operating on a subconscious level. Maybe this is because we are so attuned, most of the time, to not having any control over the sounds that surround us on a daily basis.  Walk around a city and your ears are assaulted by the sounds of cars, wildlife, human chatter; sitting in an office it’ll be the whir of machinery, footsteps, banal chit-chat.  None of this you can control, but it all contributes to how you feel.  So now take someone in a film walking down a street. Say the character has just been sacked from their job and is pissed off but mildly excited by the opportunities presented by the sacking. Sure you could just overlay the scene with some kind of music track, if you really want to be obvious and come over all Homes Under The Hammer you could use something with the subtlety of a sledgehammer  like We Gotta Get Out Of This Place by the Animals. You could do that, or you could portray the character’s emotions by using construction noise, dogs barking, speeding cars…whatever puts the viewer in their headspace. 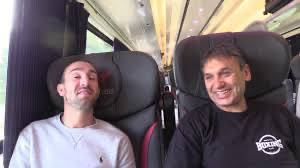 When it came to doing the sound mix for a short boxing documentary I made a few years back I wanted to keep things simple. I was determined to resist the temptation of overdoing the sound of punches.  It’s a trend that has become increasingly obvious in boxing repeats broadcast these days.  Punches landing sound more impactful because someone somewhere has added some sound effects.  The impact is amplified.  The effect, to me at least, is somewhat jarring. So all the punch sounds you hear in A Good Second are genuine and recorded in camera. Conversely, the sections filmed on trains travelling between fights has had copious amounts of train sounds added in post. When I hear it back now I suspect we rather overdid it, or at least failed to get the levels correct, as the train sounds rather dominate the dialogue between my subject Harvey, and his manager Chris Sanigar. The subtlety I was aiming for in the sound mix is, alas, missing from this section of my film.

A good example of where subtle sound design is key to enhancing the visuals and impacting a scene can be found in the aforementioned Interstellar.  The first planet the astronauts land on in their bid to try and find an alternative hospitable planet to colonise is close to a black hole,  Its proximity to which causes time dilation, meaning that every hour spent on the planet will mean seven years elapse back on earth.  To help convey this a ticking clock can be heard. It’s not a normal clock though.  This clock ticks once every 1.25 seconds, which means that each tick represents one day on earth.

Nolan excels in this kind of minute detail in his filmmaking. The ticking clock was something that I hadn’t become consciously aware of the first few times I watched the film.  I do recall being affected by the sequences though; the dilated ticking clock presumably subconsciously screwing with my senses.  You know something is happening, but you just can’t quite put your finger on what.   This is the art of good sound design.  The fact that Nolan pays such close attention to detail with his sound suggests that the dialogue issues that apparently beset his productions are done knowingly.

You could argue that this adds a certain something to the sound design – lending things a realistic nature that immerses the viewer further into the film experience – and thus also the film as a whole.   After all, conversations in real life can frequently be interrupted, misheard or misunderstood. The whole film experience is, therefore, more true to life.  Whether or not this is a good thing is open to interpretation. My own view is that, whilst I agree films should be an immersive, mind expanding event that have the potential to screw with your senses, we should at least be able to hear what’s being said without the need for subtitles.